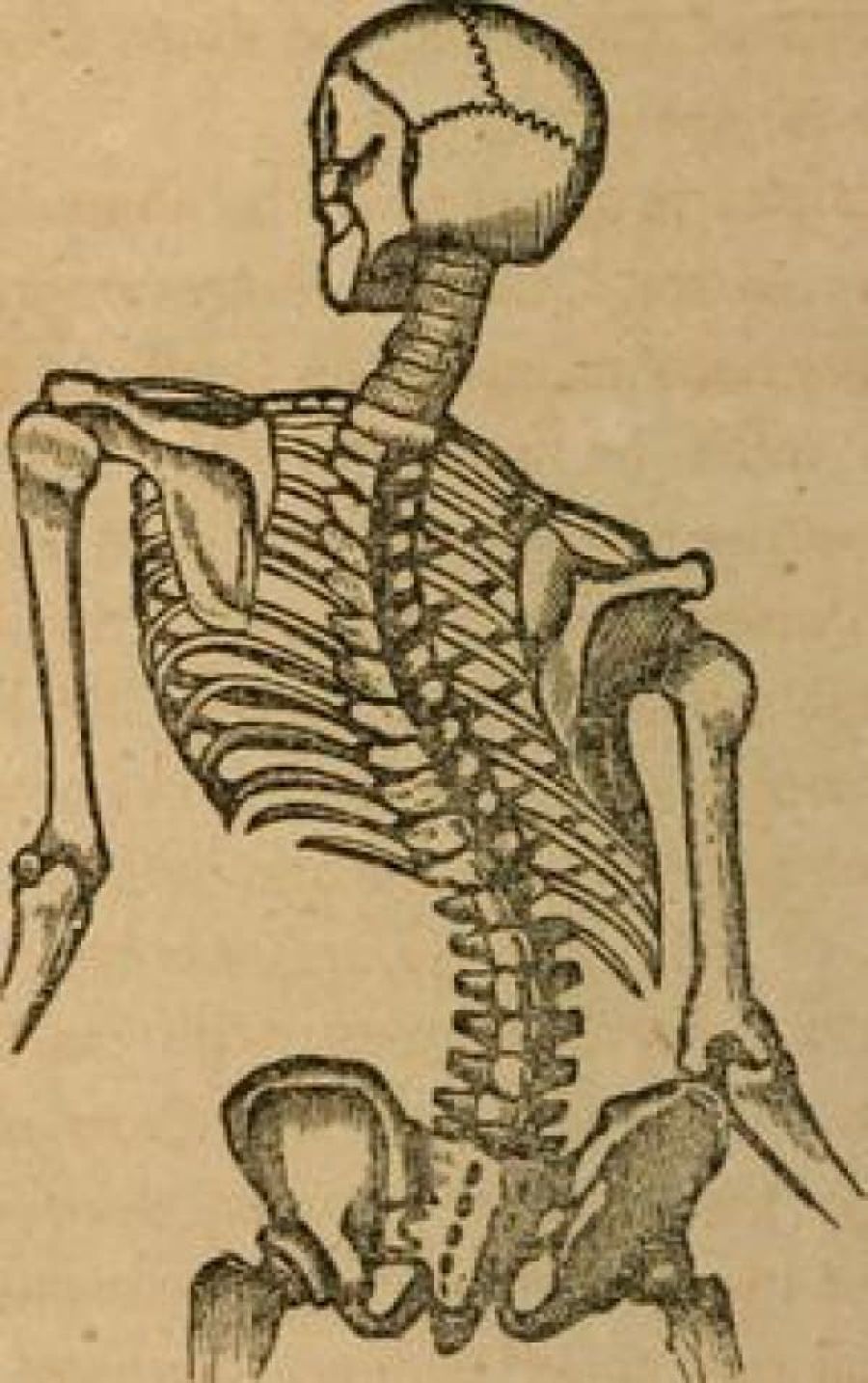 Scoliosis can be present from birth. It is then called congenital scoliosis. Congenital scoliosis represents a spinal malformation due to defects of formation, segmentation or mixed ones. It is characterised by a longitudinal and rotational imbalance. Other sorts of scoliosis can be developed during growth, any causes for this are still not found. We then speak of Weiss Scoliosis. Approximately 85% of cases are idiopathic. Based on the age of presentation, scoliosis is further categorized as infantile, juvenile or adolescent idiopathic. Adolescent idiopathic scoliosis (AIS) has the highest prevalence of the three categories. This type of scoliosis is present at age ten and lasts till the end of growth. Its prevalence is dependent on the curvature of the spine and gender of the patient. Epidemiological studies have demonstrated that IS is significantly more frequent in girls than boys, reaching a ratio of 4:1. Anwer et al. described a prevalence of 2,5% with a Cobb angle larger then 10 degrees. They also stated that a variety of risk factors may result in a higher curve progression. These factors include the following: female gender, age of 10–12 years, absence of menarche, presence of thoracic curves, curve size at presentation >25 degrees, Risser sign of 0-1, and residual growth potential.

The vertebral column normally consists of 24 separate bony vertebrae, together with 5 fused vertebrae that form the sacrum, and usually 4 fused vertebrae that form the coccyx. These 24 separate vertebrae can be divided in three categories: 7 cervical vertebrae, 12 thoracic vertebrae and 5 lumbar vertebrae. Variations can occur such as hemi-vertebrae and fused vertebrae. The anterior pillar of the spine has weight-bearing and shock-absorbing functions. There is an intervertebral disc between adjacent vertebral bodies; with the exception of the first and second cervical vertebrae. Each disc consists of a nucleus pulposus surrounded by an annulus fibrosus. The posterior pillar comprises the apophyseal joints that are formed by the articular facets on the articular processes.

When viewed from the side, the vertebral column displays five curves in the upright posture:

The curve extends from the lumbosacral junction to the coccyx. Its anterior concavity faces downwards and forwards.

Scoliosis is the most common spinal disorder in children and adolescents. A scoliosis is characterized by a side-to-side curvature of the spine >10°, usually combined with a rotation of the vertebrae and most often a reduced kyphosis in thoracic curves. Scoliosis may be structural or non-structural. Non-structural scoliosis can be corrected, they occur due to posture or compensation of the spine. Structural scoliosis are deviations that cannot or just partially be corrected. You can distinguish the structural from the non-structural scoliosis with the Adam Forward Bent Test (mentioned below). Scoliosis patients are classified in different types according to age of onset, etiology, severity and type of curve. Each type shows different characteristics as rate of curve progression, degree and pattern of the three-dimensional deformity. The two major groups of scoliosis are idiopathic scoliosis and non-idiopathic scoliosis.

Non-idiopathic scoliosis is classified into the following subgroups:

Idiopathic scoliosis is classified into the following subgroups:

The prevalence of idiopathic scoliosis is dependent on the curvature of the spine and gender of the patient, and is higher among females, who have been observed to have more severe curvature.

Scoliosis is a condition that can arise from various aetiologies. Evaluation of scoliosis treatment should include the patient’s perspective, which can be obtained with the use of patient-reported outcome measures. Generic instruments to assess health-related quality of life (HRQL) can been used, such as the SF-36 questionnaire and the EuroQol5D instrument. On the other hand it is recommended to use disease-specific instruments for this purpose, such as the SRS-22 Patient Questionnaire and the quality of life profile for spinal deformities (QLPSD). The perception of the trunk deformity and body image according to the patient can be assessed by several instruments, such as the Walter-Reed Visual Assessment Scale (WRVAS), the Spinal Appearance Questionnaire (SAQ), and the Trunk Appearance Perception Scale (TAPS). The impacts of the brace use can be measured with specific scales: Bad Sobernheim Stress Questionnaire (BSSQ) & Brace Questionnaire (BrQ). It is important to know that the available instruments to evaluate the treatment for non-idiopathic scoliosis have not been sufficiently validated and analysed.

Patients with early-onset scoliosis, defined as a lateral curvature of the spine under the age of 10 years, are offered surgical treatment when the major curvature remains progressive despite conservative treatment (Cobb angle 50 degrees or more). Spinal fusion is not recommended in this age group, as it prevents spinal growth and pulmonary development.

With regard to conservative treatment of patients with congenital scoliosis, it should be noted that there are limited data available in the literature. A review concluded that patients with specific types of segmentation failures, like unilateral unsegmented bars, will not benefit from conservative treatment, while the same applies to formation failures with curves of > 20 degrees in infancy. Nevertheless, there are reports that a conservative approach might be beneficial in mild cases with formation failures in the first three years of life. Furthermore, the review concluded that in patients with formation failures further investigation is needed to document where a conservative approach (bracing treatment) would be necessary. In general, most congenital scoliotic curves are not flexible and therefore are resistant to repair with bracing. For this reason, the use of braces mainly aims to prevent the progression of secondary curves that develop above and below the congenital curve, causing imbalance. In these cases, they may be applied until skeletal maturity.

Spinal surgery in patients with congenital scoliosis is regarded as a safe procedure and many authors claim that surgery should be performed as early as possible to prevent the development of severe local deformities and secondary structural deformities that would require more extensive fusion later. Mostly it is done during adolescence, but newer techniques allow good correction to be accomplished into early adulthood. The goals for surgical treatment are to prevent progression and to improve spinal alignment and balance. The hips and shoulders should be level, and the head over the sacrum while maintaining sagittal alignment. The spine is corrected with a combination of rods, hooks, screws, and wires while being fused by bone graft – either from the patient, a cadaver or artificially. On the other hand, early and late complications are also described in literature, concerning not only intraoperative and immediate postoperative problems, but also the safety and efficacy of the spinal instrumentation and the possibility of developing neurological disorders and the long-term effect these may have on both lung function and the quality of life. A study reflects the potential risk of spinal cord injury by the pedicle screw is the highest in the apical vertebral region in patients with Lenke type 1 adolescent idiopathic scoliosis (AIS) who underwent posterior spinal fusion using a pedicle screw. A review (2011) concluded that patients with segmentation failures should be treated surgically early, according to the rate of deformity formation and certainly before the pubertal growth spurt to try to avoid cor-pulmonale, even though there is lack of evidence for that in the long-term[17]. A magnetically controlled growing rod (MCGR) is a nobel technology that enables non-invasive spinal lengthening in an awake patient in an out-patient setting. The indications for MCGR are identical to those of traditional growing rods, but MCGR has advantages of obviating the need for repeated surgical distractions.

Physical therapy and bracing are used to treat milder forms of scoliosis to maintain cosmesis and avoid surgery. Scoliosis is not just a lateral curvature of the spine, it’s a three dimensional condition. To manage scoliosis, we need to work in three planes: the sagittal, frontal and transverse. Different methods have already been studied.
The conservative therapy consists of: physical exercises, bracing, manipulation, electrical stimulation and insoles. There is still discussion about the fact that conservative therapy is effective or not. Some therapists follow the ‘wait and see’ method. This means that at one moment; the Cobb degree threshold will be achieved. Then, the only possibility is a spinal surgery.
The physical therapist has three important tasks: to inform, advice and instruct. For the treatment of scoliosis, it’s not only important to do the correct exercises but the physical therapist also needs to inform the patient &/or parents about his/her situation. An educational program makes sure that the therapy accuracy from the patient improves. Some physical therapists recommend a brace to prevent the worsening of the scoliosis. An often used brace is the Milwaukee brace. Nevertheless the evidence for bracing is controversial. Maruyama T., Nakao Y. and Takeshita T. studied the effect of bracing in a review (2011). They compared brace treatment with no-treatment, other conservative treatments or surgery. The analyzed outcome measures were the radiological progression of the curve, surgery and quality of life. Results demonstrate that brace treatment is better than no-treatment (observation) or electrical stimulation. There is also no negative influence on the quality of life of patients with an idiopathic scoliosis. We can conclude that bracing is recommended as a treatment for female patients with a Cobb angle of 25-35°. The evidence level of some studies in the review was limited, so further research is necessary. In the literature there is evidence that exercises have beneficial effects on patients with idiopathic scoliosis.
Physiotherapists may also address biopsychosocial factors. Adolescents who are presenting with idiopathic scoliosis and chronic low back pain symptoms may also have other factors such as insomnia, depression, anxiety and stress, and daytime sleepiness that need to be assessed and addressed as contributing factors to a chronic low back pain experience.

The aims of the physical therapy consist of: