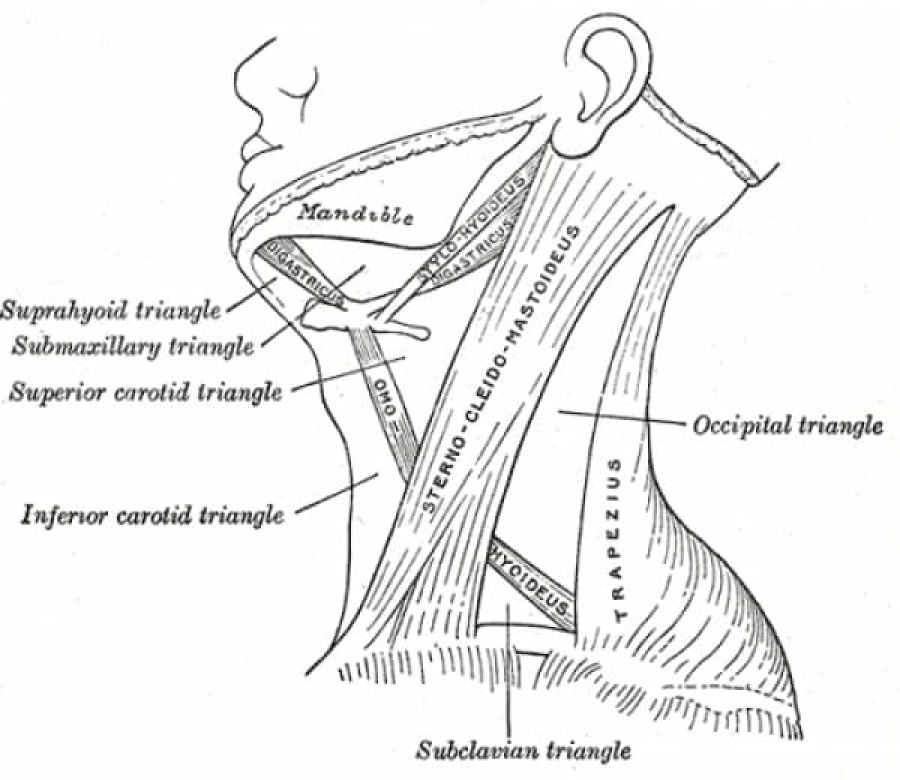 It arises by two heads:

They arise from the anterolateral surface of the manubrium sterni and the medial third of the superior surface of the clavicle, respectively. The thickness of the CH is variable. The two heads are separated by a triangular surface depression, the lesser supraclavicular fossa. As they ascend, the CH spirals behind the SH and blends with its deep surface below the middle of the neck, forming a thick rounded belly.

Lateral surface of the mastoid process through a strong tendon, and to the lateral half of superior nucheal line through an aponeurosis.

Draws the mastoid process down toward the same side which causes the chin to turn up toward the opposite side; acting together, the muscles of the two sides flex the neck

Morphological variations of the SCM