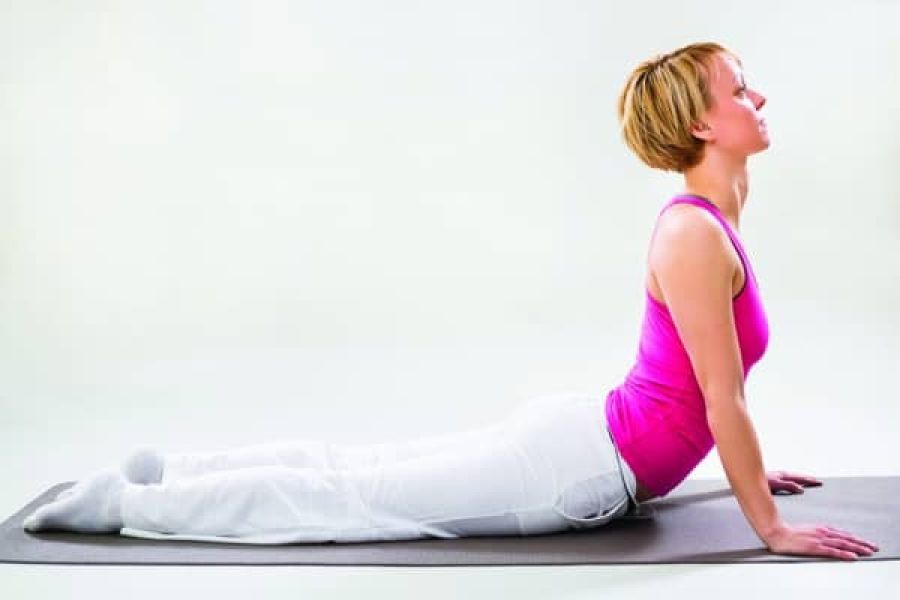 The McKenzie method exists of 3 steps: evaluation, treatment and prevention. The evaluation is received using repeated movements and sustained positions. With the aim to elicit a pattern of pain responses, called centralization, the symptoms of the lower limbs and lower back are classified into 3 subgroups: derangement syndrome, dysfunction syndrome and postural syndrome. The choice of exercises in the McKenzie method is based upon the direction (flexion, extension or lateral shift of the spine). The aims of the therapy are: reducing pain, centralization of symptoms (symptoms migrating into the middle line of the body) and the complete recovery of pain. The prevention step consists of educating and encouraging the patient to exercise regularly and self-care. All exercises for the lumbar spine are repeated a number of times to end-range on spinal symptoms in one direction. When you do only 1 repetition, this will cause pain. When you repeat it several times the pain will decrease. Also after movement termination the changes in pain intensity can persist, which leads to a treatment modality. A single direction of repeated movements or sustained postures leads to sequential and lasting abolition of all distal referred symptoms and subsequent abolition of any remaining spinal pain.
Studies have shown that while this method may not be superior to other rehabilitation interventions for pain and disability reduction in patients with acute lower back pain, there is moderate to high-quality evidence supporting the superiority of the McKenzie method over other methods in reducing both in patients with chronic lower back pain. A recent study that evaluated the effectiveness of the McKenzie method compared to manual therapy in the management of patients with chronic low back pain concluded that the McKenzie method is a successful treatment to decrease pain in the short term and enhance function in the long term. McKenzie exercises have also been demonstrated to work on the cervical spine, with one study showing significantly improved cervical posture of people with a forward head posture

Other or non-mechanical Syndrome

Contains minority of patients who do not fit within one of the three mechanical syndromes but who demonstrate symptoms and signs of other pathology like:

This classification shows strong inter-rater reliability amongst physiotherapist trained in the McKenzie method.

Unlike other exercises for treating low back pain meant for muscle strengthening, stability and restoring range of motion, the McKenzie method exercises are meant to directly diminish or even eliminate the patients symptoms. This effect is accomplished by providing corrective mechanical directional movements in end range. The McKenzie method educates patients regarding movement and position strategies can reduce pain. A cautious progression of repeated forces and loads is used in this method. The exercises may be uncomfortable at first, but after some repetitions the symptoms will decrease.
Principles:

The patient takes place at the treatment table in prone position. The arms have to be parallel with the thorax, with the hands next to the pelvis. The head is turned to one side. This position creates automatically a lordosis of the lumbar spine. Patients with posterior derangement should be careful when arising from the position to standing. It is important that, while arising, the restored lordosis is maintained. In any kind of derangement it is important to perform the exercise long enough (5-10 minutes) for the fluid to alter its position anteriorly. In minor derangement, prone lying may reduce the derangement without any other procedures being required. Although this position may be painful, the pain does not indicate the procedure is undesirable if it is felt centrally. In major derangement, for example patients with lumbar kyfosis, it is possible that the patients cannot tolerate the prone position unless they are lying over a few pillows. In case of dysfunction the loss of extension may be enough to prevent lying prone because the soft tissue shortening has reduced the range of motion and extension stress produces pain.

The patient lies on his abdomen while the hands are placed near the shoulders. The hands are placed with the palms down. Now the patient makes a press-up movement with straight arms. The Pelvis stays near the table while the patient presses the thorax upwards. After this movement the patient returns to his starting position and repeats this exercise 10 times. The first couple of exercises have to be done easily, but after a few times the movement has to be made to the maximum extension range that is possible. The aim of this exercise is to make the lumbar spine relax after the maximum extension, in the relaxation phase. The maximum degree of extension is obtained with this exercise. It is possible that there occurs central low back pain described as a strain pain, but it will gradually wear off. An intermittent extension stress is influencing the contents and surrounding structures of the lumbar segments, having a pumping as well as a stretching effect. This procedure is the most important and effective in the treatment of derangement as well as extension dysfunction.

The patient stands up straight with his feet apart, to remain a stable position. The hands are placed on the lumbar region, in the area of the spina iliaca posterior superior. His hands fixate the pelvis while the patient leans backwards. The patient has to lean backwards as far as possible. This exercise has to be repeated ten times. It has similar effects on derangement and dysfunction as extension in lying. In derangement, extension in standing is designed to reduce accumulation of nuclear material in the posterior compartment of the intervertebral joint. The procedure is important in the prevention of the onset of low back pain during or after prolonged sitting and is very effective when performed before pain is actually felt.

The patient lies in a prone position on the treatment table with his arms parallel with the trunk and the head turned to one side. The therapist stands next to the patient and places the heels of the hands on the lumbar region. One will fixate the processus transverses of the vertebra on top of the vertebra you want to rotate. The other hand will make a rotation of the vertebra beneath in the opposite direction. This is more a technique than an exercise, but has to be repeated also ten times. In derangement rotation mobilization in extension has to be performed first to bring about centralization of nuclear material in the disc. Followed by symmetrical extension mobilization to restore the nucleus to its more anterior position. In derangement mechanical deformation is extremely undesirable. In dysfunction an increase of deformation with certain limits is desirable.

This exercise is called a “mirror exercise” and can be helpful when you have a “blocked” back and you’re leaning to one side because of it. The patient has to lean with his upper body against the wall, while his feet take same distance from the wall. Now the patient has to move his pelvis against the wall and back to the beginning position. This exercise has to be repeated 8-10 times.