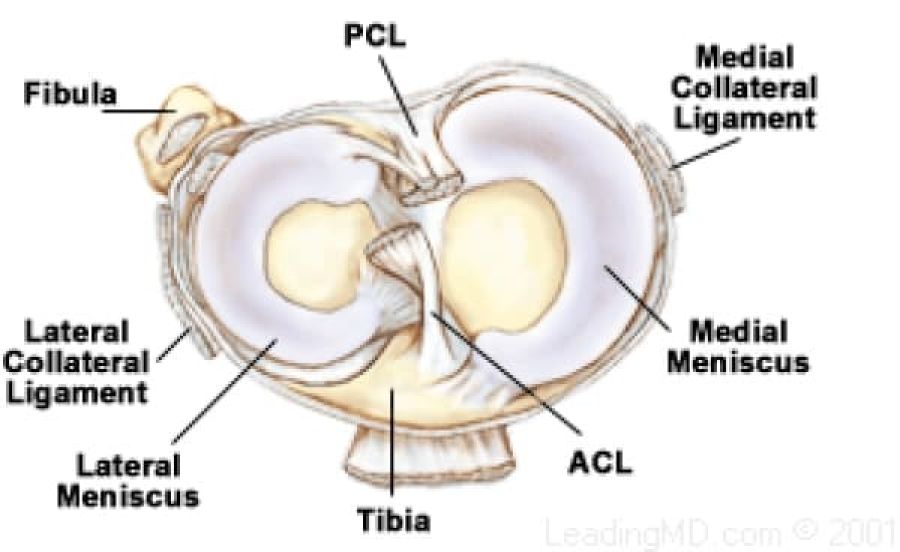 Development of the ACL

The knee originates from vascular femoral and tibial mesenchyme in the fourth week of gestation between the blastoma of femur and tibia. By 9 weeks, the Cruciate ligaments are composed of numerous immature fibroblasts having scanty cytoplasm and fusiform nuclei. After week 20, the remaining development consists of marked growth with little change in form. At these stages two main bundles are already detectable, but the bundles seemed more parallel when compared to the bundle orientation of the adult ACL. It is surrounded by a mesentery-like fold of synovium that originates from the posterior capsular apparatus of the knee joint. Thus, while the ACL is located intra-articularly, it remains extra-synovial throughout its course.

The early manifestation of the ACL with two different bundles in the foetal knee suggests early development of the knee joint is guided by the ACL. Cruciate ligaments present at this early stage of development could lead to the assumption that they interact with the resulting shape of the femoral condyles and the tibial plateau.

The ACL is a band like structure of dense connective tissues. The ACL is attached to a fossa on the posterior aspect of the medial surface of the lateral femoral condyle. The femoral attachment is in the form of a segment of a circle, with its anterior border straight and its posterior border convex. Its long axis is tilted slightly forward from the vertical, and the posterior convexity is parallel to the posterior articular margin of the lateral femoral condyle. From its femoral attachment, the ACL runs anteriorly, medially, and distally to the tibia. Its length ranges from 22 to 41 mm (mean, 32 mm) and its width from 7 to 12 mm.